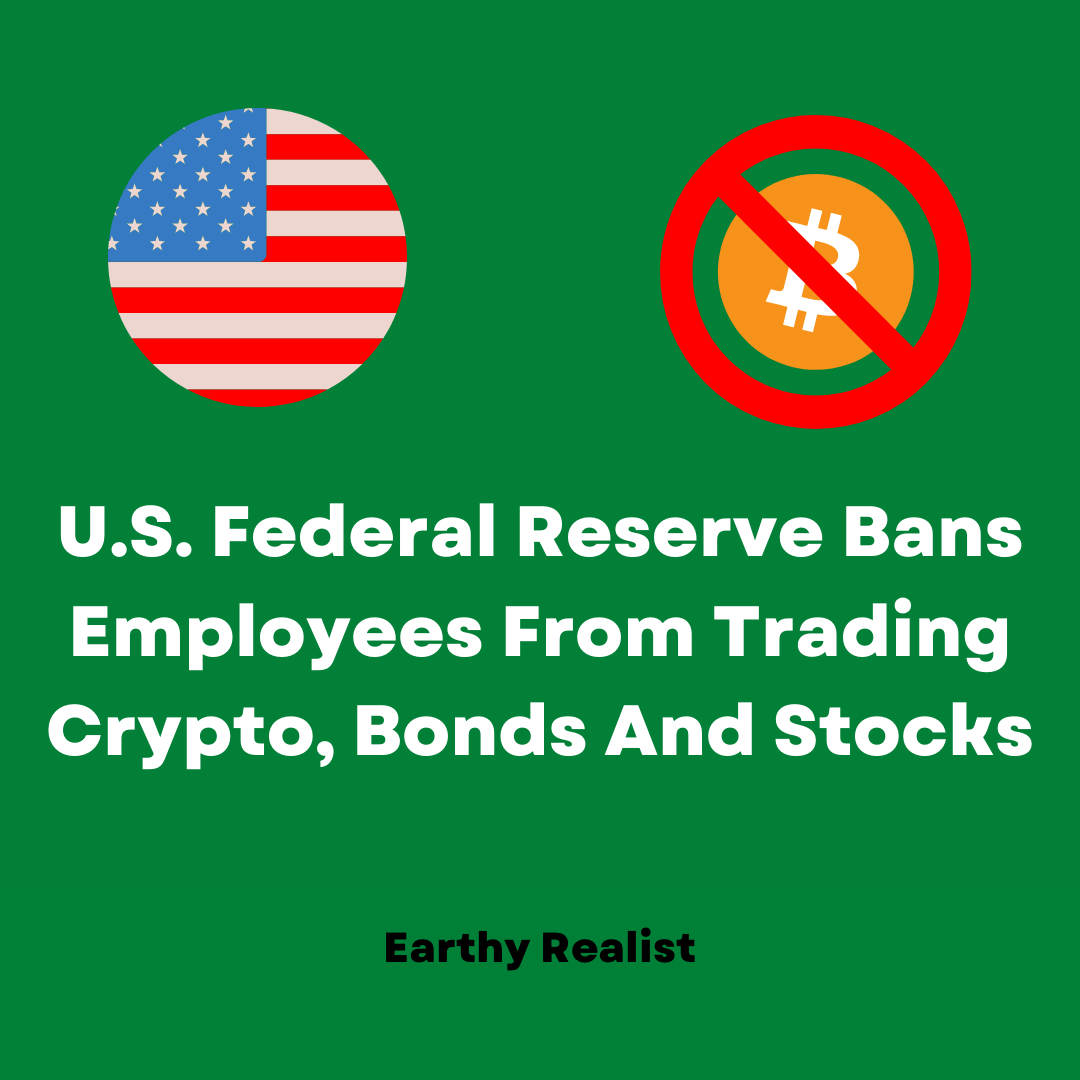 The Federal Reserve banned senior officials from engaging in several forms of active trading, finalizing a sweeping series of changes to its ethics rules after several Fed officials it became engulfed in controversy over their trading actions.

Since September, three top Fed officials, including former Vice Chairman Richard Clarida, have resigned since disclosing trading activity at the start of the pandemic. The disclosures led to a widespread backlash, and prompted Fed Chair Jerome Powell to order a review of the ethics rules for top officials.

The new rules were previewed in October, and “aim to support public confidence in the impartiality and integrity of the Committee’s work by guarding against even the appearance of any conflict of interest,” the central bank said in a statement.

The Federal Open Market Committee announced on Friday that it had unanimously adopted the guidelines, which go into effect on May 1. These prohibit senior officials from purchasing individual stocks or sector funds, shorting a stock, entering into derivatives contracts, or purchasing securities on margins. They also prevent them from holding individual bonds, agency securities, cryptocurrencies, commodities or foreign currencies.

In addition, senior officials will be required to provide 45 days’ notice before selling or buying securities and obtain approval for the transactions. They will need to hold investments for at least one year. The requirements for advance notice and pre-clearance take effect on July 1.

The committee will also extend a blackout trading period running up to regularly scheduled FOMC meetings by a day after each meeting.

People covered by the rules range from Fed Board members and Reserve Bank presidents to Reserve Bank first vice presidents, research directors, staff officers, and any other person designated by the Chair—and their spouses and minor children.

When the changes take effect, Reserve Bank presidents will be required to publicly disclose any transactions within 30 days, as Board members currently do. Officials have 12 months from when the rules take effect to dispose of any impermissible holdings.